After dropping their stand-alone single ‘Pollyanna’ back in May, it seemed like all we’d get for a music video was a landscape made-for-Instagram lyric video. That video has racked up over a million views on YouTube in the months since, surpassing their previous single ‘Here Comes The Shock’ with over 200,000 more views in 3 months less time.

It was therefore fitting that the band chose to put together clips of some great moments, both on stage and off, from the Hella Mega tour to celebrate their return to the stage with a proper live video for ‘Pollyanna’. The single is the only new song the band has included on their current setlist which has mostly stuck to the classic hits and mostly ignored their post-2009 albums, save for ‘Still Breathing’ from Revolution Radio.

Check out the new video below and if you wanna see more exclusive behind-the-scenes content, don’t forget to sign up for free at the Oakland Coffee House for backstage videos from throughout the tour.

“It’s the BEST feeling being out on the road w/ the Hella Mega Tour!! So great, in fact, that we made a vid for Pollyanna ft. some of the best times we’ve had so far.” 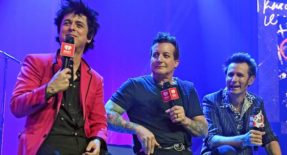 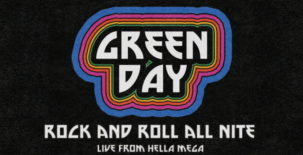