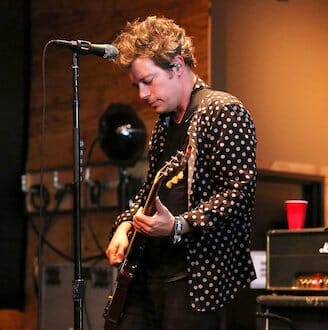 A longtime friend of the band, even appearing in the ‘When I Come Around’ video, Jason first joined Green Day onstage in 1999 at the Bridge School Benefit and continued on with the subsequent Warning tour singing backing vocals and playing lead guitar. Jason is also a member of several Green Day / Billie Joe side projects including The Network, Foxboro Hot Tubs, The Coverups as well as Pinhead Gunpowder.

In 2012, Green Day asked Jason to join them in the studio to help them record what would become a trilogy of albums – ¡Uno!, ¡Dos! and ¡Tre!. Some fans thought that Jason had joined as a full time member at this time but he would later clarify that the band just wanted more of a live sound on those records. Green Day would return to their standard three piece formation in the studio on subsequent albums.

In 2014, Jason was diagnosed with tonsil cancer which required him to have his tonsils removed. He made full recovery and he is now cancer free. Outside of his Green Day related projects, Jason has also played in California, The Influents, The Big Cats and more. 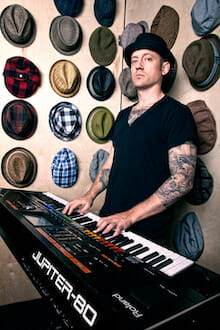 Jason Freese joined Green Day as a touring member in 2004 when the band needed a pianist for the American Idiot tour and he’s been with them ever since. In their live shows, Jason can be seen playing keyboard, saxophone, horns and providing backing vocals. Jason is also a member of the Green Day side project Foxboro Hot Tubs. Along with his live duties, Jason has appeared on the studio albums American Idiot (saxophone) and 21st Century Breakdown (piano). Besides his work with Green Day, he’s performed on albums by Avenged Sevenfold, Dr. Dre, NOFX, Goo Goo Dolls and many more. 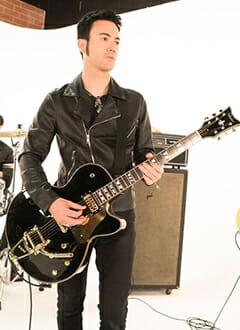 The newest recruit to Green Day’s touring band, Kevin joined in 2019 to provide backing guitar and vocals for live performances in support of Father Of All Motherfuckers. Kevin had previously opened for Green Day with his band Prima Donna and also played in the Green Day side project Foxboro Hot Tubs and toured in Billie’s solo side project The Longshot.