Green Day’s new stand-alone single ‘Here Comes The Shock’ was supposed to get its triumphant debut during the second intermission of the NHL’s outdoor game in Lake Tahoe this afternoon but a delay due to ice issues caused many fans to step away when it was announced the game wouldn’t resume for several hours.

It turns out the clip did end up playing during NBC’s repeat showing of the first period but if you missed it don’t worry – Green Day has released the full song in the form of a music video on their official YouTube channel! Spoiler alert: you will never forget the name of the song again once you listen to the song once.

Check it out below and as we mentioned previously it will be available on streaming services in North America on Feb 21st and the rest of the world on the 22nd. 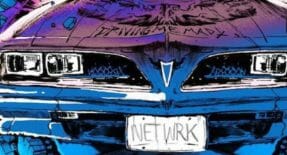 The Network release Trans Am EP 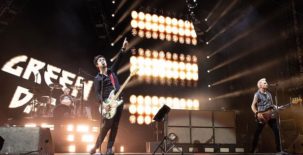