A new YouTube account leaking raw Green Day footage from the MTV archives has fans begging for more and the man doing the leaking has promised that he isn’t done yet.

The videos first began popping up last week with the release of a segment featuring Green Day revealing tracks off Nimrod in the studio with John Norris of MTV News on August 15th, 1997. Most notably, the segment shows the band listening to a mix of ‘Last Ride In’ for the first time that is very different than what would end up on the record.

Tracking in at over 6 minutes in length and featuring different instrumental components, ‘Last Ride In’ would be cut down in length and simplified in instrumentation for its final release on Nimrod. You can check out the alternative mix of the song in the rare songs section of the Audio Archive or watch it in part one below. The band also previews ‘Platypus (I Hate You)’ and the eventual first single, ‘Hitchin A Ride’.

Part two of the video features the band previewing ‘Scattered’, ‘King For A Day’ and ‘Good Riddance’ while discussing the recording process and the stories behind the songs.

Next up was raw footage of Green Day filming a segment for MTV’s 120 Minutes on March 18, 1994. This unedited version of the interview has the band recounting the story of Larry Livermore of Lookout! Records coming to watch them play and then signing them.

The band needed several takes to tell the story in a way that made it sound more exciting than it really was – Billie actually mentions at one point that they had already agreed to make a 7″ on Lookout prior to Larry watching that gig, but that part of the story doesn’t make the final cut.

The latest video though, just released earlier today, has created the most buzz in the fanbase for not only what it is, but for what it may mean is coming.

The new video features Green Day performing soundcheck at the Aragon Ballroom on November 18, 1994. If that venue sounds familiar, you may remember it as the location where MTV filmed the Green Day concert that would later be released as Jaded In Chicago – which remains a fan favorite to this day.

In the soundcheck video, Green Day run through ‘Who Wrote Holden Caulfield?’ from Kerplunk followed by ‘Geek Stink Breath’ and ‘Stuart And The Ave.’, both of which wouldn’t see release until almost a year later when they landed on Insomniac.

That lead us to ask what’s next from the Jeremy Schaftel YouTube account. I reached out to see if a high quality and unedited version of Jaded In Chicago was indeed in our future and here’s what Jeremy had to say;

As far as future posts, I try to pay attention to what’s already on youtube, I have a few more things that aren’t there and some better high quality versions of what’s already there. I’m just going to keep releasing until someone tells me not to, or to take them all down.

And yeah, Chicago is coming.

So there you have it, the moment Green Day fans have been waiting over two decades for could land on YouTube at any time in the coming days. The only thing Jeremy is asking in return is that fans check out some of his original content on his channel – hit the like button on his trailer for “Thanks For Coming” and make sure to subscribe, it’s the least we can do for the gems he’s providing Green Day fans.

Update: Jaded In Chicago is now out – raw & uncensored! 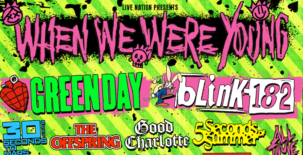 Green Day to headline When We Were Young 2023 in Vegas 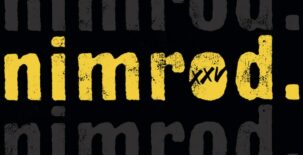