Happy New Years everyone! 2020 was certainly an eventful year for Green Day, even if it turned out to be for reasons we didn’t expect.

The bands’ 13th studio album, Father Of All Motherfuckers, kicked things off on February 7th and should have been the focus of the year but all plans were soon derailed when a global pandemic shut down the music industry… and everything else.

Let’s take a look back at the the most viewed stories and top ranked albums and songs from the year 2020.

As we close the book on 2020 and look forward to a new year I just want to thank all those that continue to visit the website and participate on r/GreenDay and the Green Day Discord.

There’s much more to come this year as we continue to strive to keep this the best resource for Green Day fans on the web! 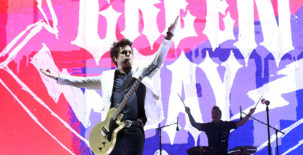