It’s been an interesting past seven days for fans anticipating news on Green Day’s upcoming album. If you’ve been following along with the Album 13 rumours, we haven’t had much solid information other than that Butch Walker produced the album. That changed last week when word began to spread that the band were at the Madonna Inn located in San Luis Obispo, CA shooting a music video for the albums first single. After that, things got really interesting so let’s take a look at the major events this week.

Late last week the Green Day Brasil Facebook page began spreading the hashtag #FOAM, with other fansites soon following. As fans tried to guess what the acronym could mean Billie Joe Armstrong posted an Instagram video which included the hashtag #foamf which he quickly deleted and reposted with the hashtag removed. It was soon after worked out by a member of the Green Day Community forum and confirmed by a GDC admin named Matt, who has band connections and knew the meaning behind the hashtag, that the acronym stands for ‘Father Of All Motherfuckers”. It has not been made clear if that is the name of the upcoming single or the album at this time but the prevailing thought is it’s the name of the first single.

Magnum Opus Of The Inglorious Kind

Yesterday this image began floating around showing what appears to be a vinyl cover for Green Day’s upcoming album with the title ‘Magnum Opus of the Inglorious Kind’. Fan reaction to the cover was overwhelmingly positive but it was thought to be fake since the album title and name seem to use the same font as the bands greatest hits album, ‘Gods Favorite Band’, and the image on the cover is not original with the exception of the band being edited in.

Matt from GDC, who earlier

confirmed the meaning of FOAM, cast further doubt that the cover was real when he noted that the title of the album doesn’t match what he had been told. However, a member of the Green Day subreddit with username tacomeat12 pointed out what looks to be the same album cover can be seen in the studio leak videos we’ll discuss in the next section.

If the album title is not correct it doesn’t immediately rule out the cover art being real of coarse. It could just be an early version of the album artwork to show the band how it will look with the real title to be added to the final version later.

Over the past three days, an Instagram account with the username @dr.robertdoback has been posting what sounds like Green Day in the studio recording a pretty epic sounding song. If you thought the band played it safe on Revolution Radio then you may be in for a treat because this sounds very different than what we’ve heard from Green Day before. The videos appear to show Billie Joe in a hoodie watching as three women record harmonies for the song. Given the timing of these studio “leaks”, it would certainly lead you to believe they’ve been posted by the band themselves secretly previewing the upcoming single or a track from the new album.

Update: This was a prank pulled off by the band Panicland, check out our interview with them. 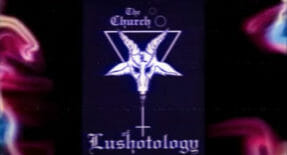 ‘The Ultimate Test’ confirmed to be The Network?