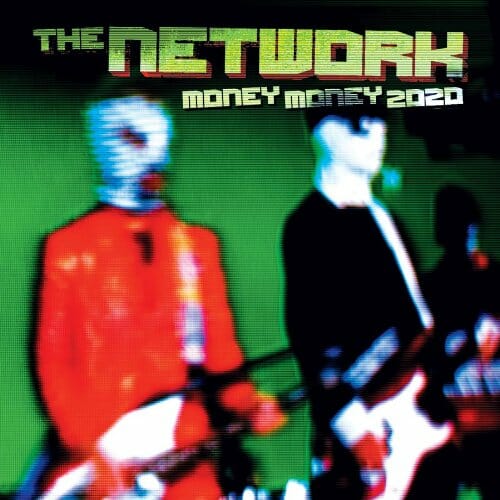 Notes: Using nicknames and costumes to hide their identities, the members of Green Day released this new wave album on Adeline Records with a few friends filling in as backing members. The album was remastered and re-released in 2004 by Reprise Records, adding two new tracks (‘Hammer Of The Gods’, ‘Teenagers From Mars’).

The song seems to depict the life of an android, Joe Robot. Similar to any machine, it has a beginning and an end from its creation to the time it finally breaks down. Even though it can act and socialize like a human (keeps us laughing, makes us cry), at the end of the day it’s still a robot (it’s a beautiful story but it pretends). The author shows a view from the public against humanoid machines who compares the existence of such a life form akin to talking to a tin can.

This sentience in a machine leads to people questioning its humanity/degree of self-awareness and tracking it for scientific research purposes (Where is it going? Where has it been?). It can be said its creator is unknown and Joe Robot could’ve just popped up one day from seemingly nowhere (it’s a trojan horse or is it a friend?).


It's alive, it's Joe Robot
Have tin can, have Joe Robot

Where is it going? (It has a beginning)
Where has it been? (It has an end)
It's a trojan horse (It's a beautiful story)
Or is it friend? (But it's pretend)

It's alive, it's Joe Robot
Have tin can, have Joe Robot

This is age of make-believe
Or a reality series
Television, murder city
Dreaming of tomorrow
Am I alive or fantasy?

My brain is melting
And it smells like a volcano

My brain is melting
And it smells like a volcano

Reto,
You're a solid state,
A microchip and designer tape.

Oh Reto,
Where did you come from?
With transistors and a keyboard
You're a virtual gun.

Reto,
Is there something wrong?
The bigger wired robot
Is still using its probe
When life's behind the screen
Of an agorophobe.

Oh Reto,
Can you process this?
A girlfriend in a coma having cyber sex.
Gamble it away with computer chips.

Knowing where we're going
(Where do we go?)

Reto,
Can you cypher me?
Eight zero two eleven B.

Oh Reto,
It's a stripped down world
Like muriatic acid in a toilet bowl.

Reto
It's an SOS
We're microwaving signals like a scientist.
Our bit-rate is shrinking to a non-existant.

Oh no
Knowing where we're going
(Where do we go?)

Where do we go, Reto?

It's down and out

The song seems to depict a future (2020) where people are divided into three big gangs (bloody gangs of three deep divisions) that are constantly waging war spanning worldwide (international, interracial) in order to create jobs and money for themselves (The bad blood's because of war).

Hey this Brandon but my friends call me Spike now.
I just moved out my parents' house in Danville
To this wicked warehouse in Oakland.
Anyway, I spent most of the day spare-changing on the avenue.
I started out in front of the Med
But everyone kept saying I looked too young and healthy
So I went up the street to the Gap where all the
Yuppie college kids shop
I was there until about 5:30 or 6
I scored about 10 bucks
So me and my girlfriend, you met her, she's from La Jolla
Anyway, we got some money from her parents
So we're gonna stop by because

What's that?
Now's not a good time?
What do you mean there's none left?
Well, what the fuck dude?
If I would have known that I would have gone to Concord.
What do you mean go back to Concord then?
Dude, you don't even know who you're talking to.
Don't make me get all Blackhawk on your ass.
Wait, man, I didn't mean that.
C'mon dude, please?
Alright man.
Wait wait wait wait
Do you know anyone that's got any?
Do you got a number?
What do you mean you won't give it to me?
I didn't call for a shitty conversation,
I called because

Mom, this is Spi, I mean Brandon.
I got kicked out of my place in Oakland.
I don't really have any place to go so
I was just wondering if I could stay with you or Grandma or something?
I don't know.
My girlfriend dumped me she moved back to La Jolla, it's kind of a drag.
I guess she's gonna go back to school or something.
Anyway, call me back.
Oh, one more thing Mom,
I was wondering if I could borrow $200 because

And then you crack

I'll tell you why

The lyrics have a very strong message of a lack of faith in most things people believe in. The author doesn't believe the world will end (a reference to 2012 conspiracies/religion?) and he doesn't believe in love (and it just happens to be valentines).

The author also seems to be very close minded and untrusting when it comes to opinions and facts, refusing to believe in what he's read, others promises and compromising his own beliefs. It can be seen that the author is delusional about his own opinions and facts he built himself.

He appears to be trying to appeal to someone by saying that no matter what all he believes is in him/her despite his weird beliefs. Whether this is a manipulative or genuine phrase remains to be seen.

Baby, I need a jacket
I see through that skirt
Purple plastic earrings
Finger down her throat

Hungry Hungry Models
On the runway

Now we're living in a

Evolution of a race
In outer space

Evolution of a race
In outer space

Well, we land in barren fields
On the arizona plains
The insemination of little girls
In the middle of wet dreams

Well, we've seen your 3-d movies
In violent abduction
We blast your mindless structure
Inferior connection
We take your weak resistance
Throw it in your face
We need no introduction
For mass anhiliation

See your face from afar
Projecting you into a star
Skin so pale and eyes so black
Are you ever coming back?

Do you feel... the Hammer of the Gods