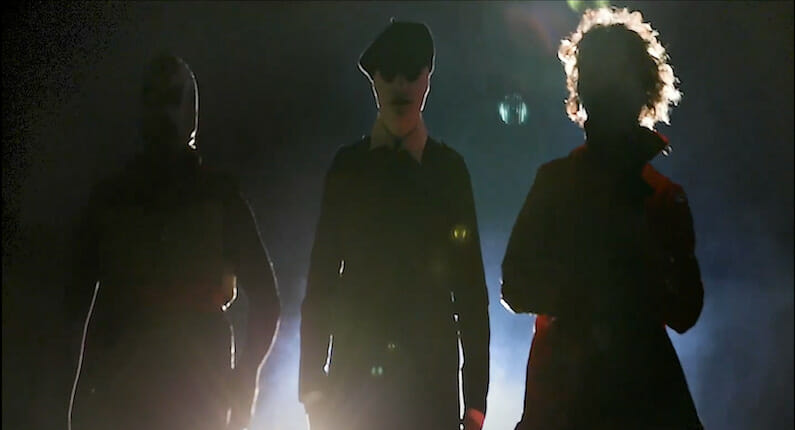 While we wait for further news on the follow up to Father Of All Motherfuckers, it seems Green Day will first reach back to their alter-ego side project The Network for their next release.

For those who might have missed this original incarnation of this side project, they released their only album Money Money 2020 back in 2003, recording it during a break in the American Idiot sessions and releasing it on Billie Joe’s now-defunct record label Adeline Records.

Yesterday, Instagram accounts connected to Billie Joe (@thelongshot & @thecoverups) began displaying an image associated with The Network, leading fans to speculate on the bands return. Billie shortly thereafter claimed via an @thelongshot Instagram story that his account had been hacked – but waited hours after posting about the supposed “hack” to take down the offending post.

Finally, Thursday afternoon, The Network officially announced their return launching new YouTube and Instagram accounts that contained a music video along with a statement that they would be releasing Money Money 2020 Part II.

While Green Day band members have not officially confirmed any of this information (since they of course would claim it’s not them in the band), the new Network Instagram account is followed by Chris Dugan (The Network band member) Broken Guitars (co-owned by Billie Joe), Oakland Coffee (owned by Green Day) and Kevin Preston (Green Day touring guitarist).

Check out the new video and The Network’s statement below and check back in the coming days for news on any further developments in the project.

The Network were formed in the year 2003, fulfilling an ancient prophecy predicting that we, its chosen members, would issue a stern warning to mankind in the form of music. Released as the album titled Money Money 2020 we shined the headlights upon the follies and vanity of man kind.

Rapidly achieving fame and fortune, we had often been mistaken as the planets greatest rock ‘n’ roll band Green Day. This earthly comparison is almost as comical as the humans that inhabit this dying planet!

Within our travels through both time and space we have seen the futures foretold in the prophecy, and it is both disastrous and hilarious! Beyond these interstellar crossroads lie parallel dimensions where the oxymorons can create their own destiny!

Choose wisely, for the devolution of man has always been a choice. The release of “Money Money 2020 Part II” will serve as the final lesson! Within the binary codes of this album exist the keys to our past, present, and future DNA!

The Gods are laughing & it’s up to you to prove them wrong… You’re welcome… The Network The Church of Lushotology is in session and it’s time to drink up!

The Network release ‘Ivankkka Is A Nazi’