Tomorrow was already going to be a busy day for Green Day with the band expected to release the first single from their upcoming album as well as announce the Hella Mega Tour with Fall Out Boy & Weezer but an Instagram post this evening from drummer Tre Cool indicates that’s not all Green Day fans will be getting on Tuesday.

The image showing off his new drum set included a caption that ended with “These beauties are gonna sound sick tomorrow at our super secret show”. 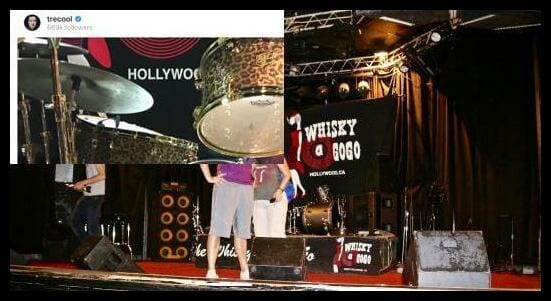 There’s been no word yet on ticket availability for the show but keep checking back or follow our twitter for the latest developments.

Looks like this could be more than just a Green Day show, Fall Out Boy and Weezer are now rumoured to be making an appearance as well. The venue has a capacity of just 500 and most of that will be taken up by family, friends, label execs and media but it’s been reported but not confirmed that a limited amount of tickets will be available at the venue at 10 am.