Green Day will be releasing their famous Woodstock ’94 performance on vinyl as part of this year’s Record Store Day. While the band’s appearance at the festival is more known for the mud fight that took place rather than their actual set, fans look back more fondly at it as the show that launched the band into superstardom. One person who was not a fan of their performance was Billie’s mother:

Green Day‘s mud-caked set at Woodstock ’94 was a crucial moment in the group’s long history, but to Billie Joe Armstrong’s mother Ollie – who witnessed her son pulling his pants down, throwing mud at fans and chanting obscenities on live television – it was nothing but a profound embarrassment. “She sent me a hate letter afterwards,” the singer told Rolling Stone‘s Chris Mundy later that year. “She said that I was disrespectful and indecent and that if my father was alive, he would be ashamed of me. She couldn’t believe that I pulled my  pants down and got in a fight onstage.”

The vinyl, titled “Green Day Live! Woodstock 1994”, will be limited to 6,800 copies and will be released on April 13, 2019. See below for the cover art and the setlist from the concert and head over to our full concerts page to watch the video of their performance. 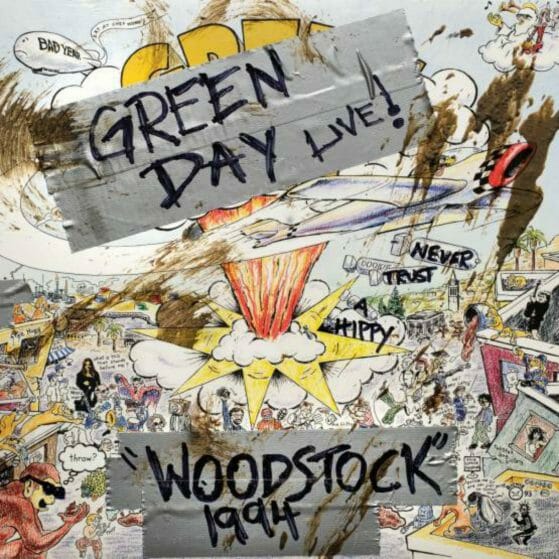