A Green Day photo book is coming soon from legendary photographer Bob Gruen with the full co-operation of the band. The 176-page hardcover book will be released on August 27, 2019, with a suggested retail price of $24.99. Gruen has been photographing Green Day since the release of Dookie and the book is said to include previously unpublished photos from throughout the past 25 years and accompanying quotes and commentary from the band members. For a preview of his work (the header image for this article was taken by Gruen), check out his official website. 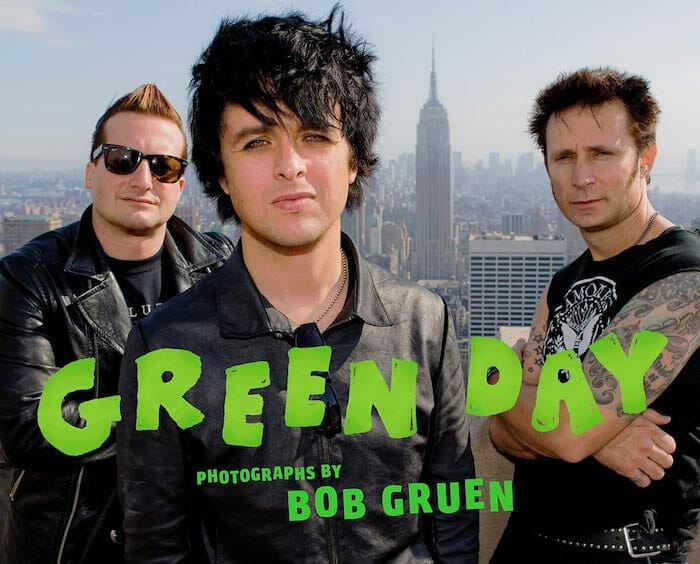 It’s been 25 years since the breakthrough album Dookie put punk rock pioneers Green Day on the musical map, and renowned photographer Bob Gruen has been taking photos of the band ever since. Green Day includes behind-the-scenes photos as well as concert images from their international tours, many of which are previously unpublished—along with photos from their Rock and Roll Hall of Fame induction ceremony in 2015 and the band’s 2009 hit Broadway play American Idiot (the soundtrack of which won a Grammy Award for Best Musical Show Album). The book has the full support of the band, with quotes and commentary from Billie Joe Armstrong, Tré Cool, and Mike Dirnt throughout.