Green Day has booked another TV performance to promote this Friday’s (Feb 7) release of Father Of All Motherfuckers. It was previously announced that the band would be playing Good Morning America on February 10th and now we can confirm they will also appear that day on the Late Late Show with James Corden. To keep track of all of Green Day’s upcoming appearances, check out our event calendar.

In other news, Green Day is once again on the cover of Kerrang Magazine which you can view below. This issue hit newsstands today and can be ordered online for delivery worldwide. Along with the feature interview with Green Day, Kerrang also reviewed Father Of All Motherfuckers giving it a 4/5 rating. The review has been made available to read online. 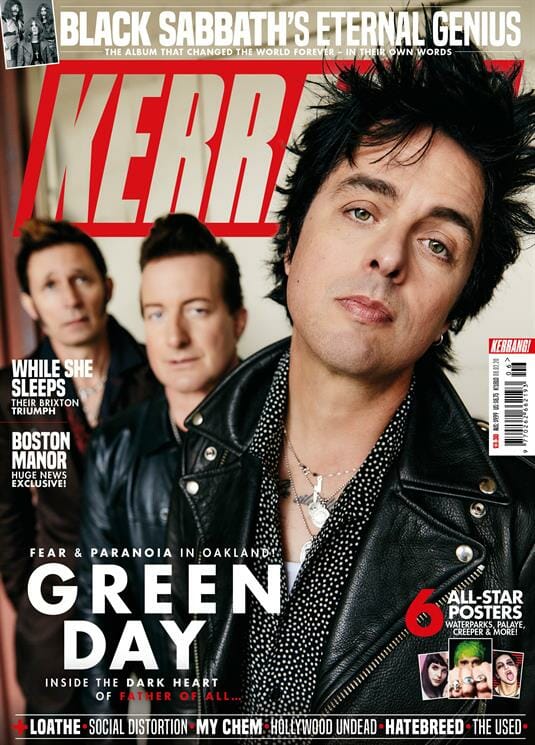 Lastly, we have some great news for fans in a couple of previously overlooked countries hoping to see Green Day live this summer. Green Day along with Fall Out Boy and Weezer’s social media accounts appear to be teasing new dates to be added to the Hella Mega Tour. All three accounts last night posted the flags of Australia and New Zealand which was followed up by the Hella Mega Tour twitter account posting a screenshot of the tweets. No dates have been confirmed yet but we’ll let you know as soon as they are released.

Related:
'Father Of All...' heading for a top 5 chart debut